Well, it’s been a year since my last blogpost, which caught us up to 2017. Let’s bring us up to speed again, shall we? Here’s the month-by-month highlights once again: 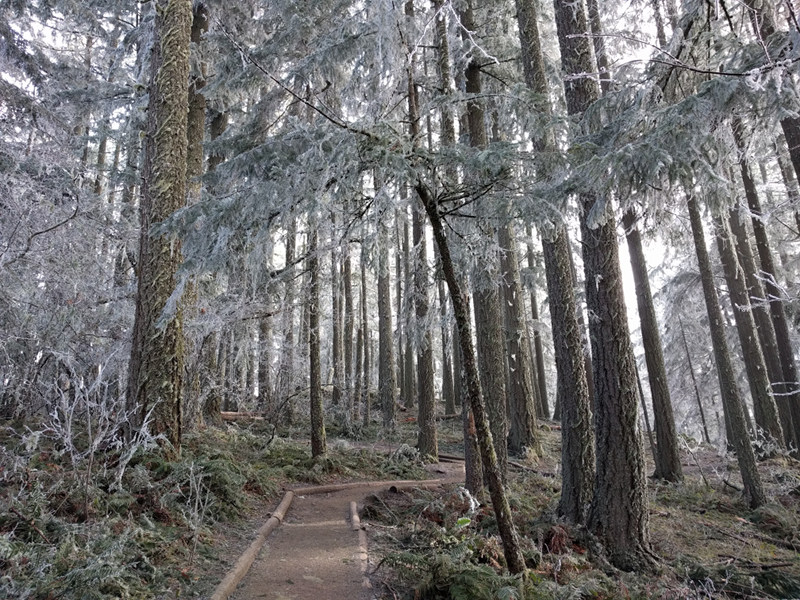 Jan 2017: Visited my father in Eugene, where we went hiking at Spencer Butte. 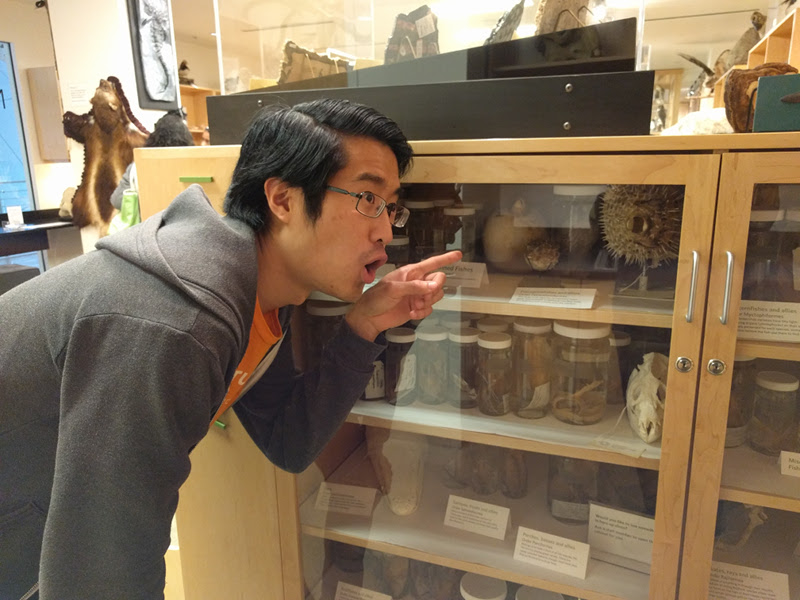 Mar 2017: Went to Cal Academy and the Musée Mécanique, which is an arcade filled with old-school arcade games. Really cool stuff. 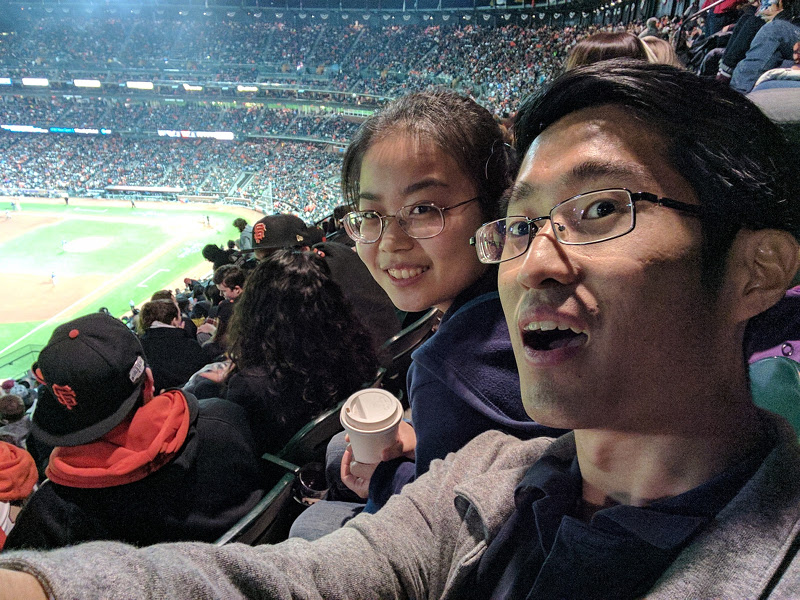 Apr 2017: We saw Hamilton at the theatre, which was AMAZING. Went to see a Giants game at AT&T park, where we got helmet nachos. My car got scratched up by someone, and worked through the repair and paperwork process with them. Also, went to a friend’s wedding in the South Bay, and had a blast. 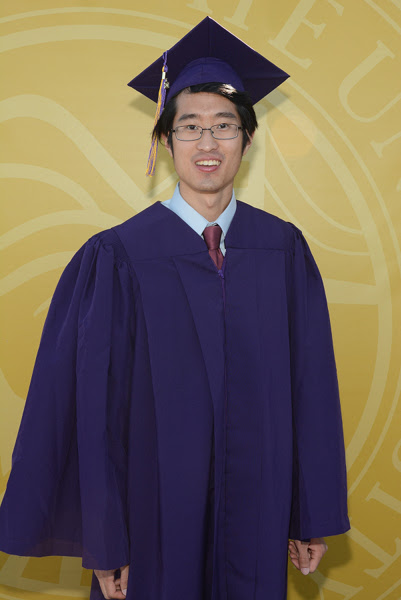 May 2017: I received a sous vide kit as a gift, and my life was never again the same. My mother and sister came to visit at the end of the month, for my graduation! Also, I graduated from SF State!!! Guanqing and I went to Las Vegas for a weekend to celebrate. We went to all the buffets, saw the Chippendales, and got room service for the first time in my life. It was everything I dreamed of, and more. 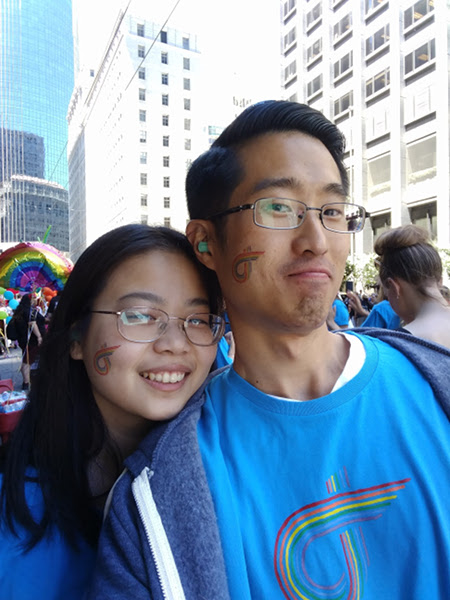 June 2017: I started work at Grand Rounds, a healthcare startup. Went back to Minneapolis for my sister’s high school graduation. Went to another friend’s wedding in the South Bay. Started apartment-hunting for a pet-friendly place. Walked in the Pride Parade downtown SF. 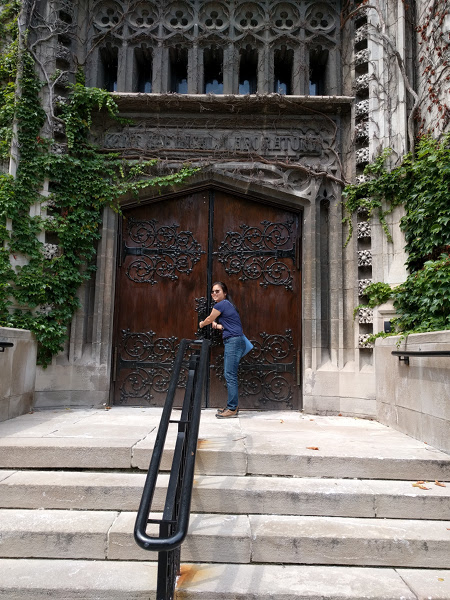 July 2017: This was a huge month. Visited Chicago over Independence Day weekend with Guanqing. We visited the University of Chicago, went on an architecture tour on the river, and visited museum campus. Also hung out with Maggie at Anime Midwest, which was a lot of fun. We moved into our new place in South San Francisco – big ol’ house in a nice neighborhood, which we were super fortunate to find. WE ALSO ADOPTED A CAT, Max, who has touched our lives immeasurably. Rose came to visit at the end of the month from Japan – really missed her, showed her some of the touristy places in SF. 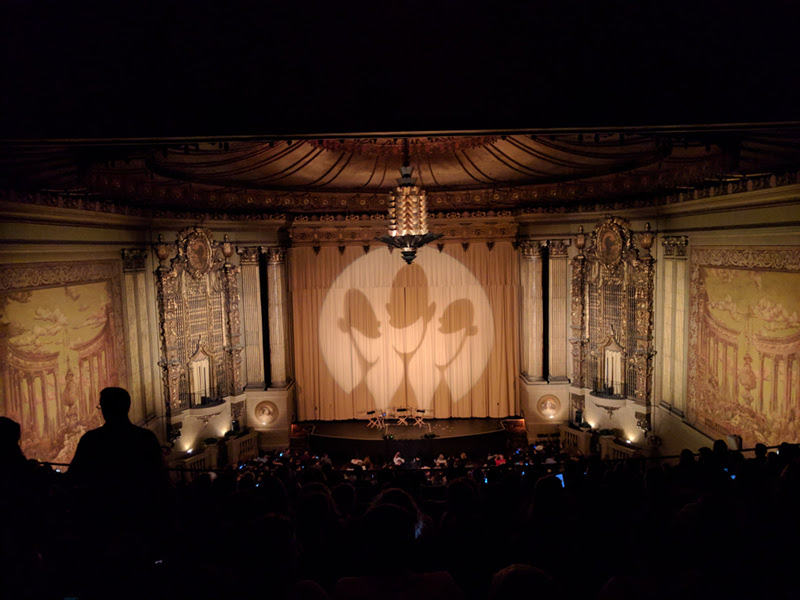 August 2017: Went to see Harry Potter in concert. Threw a housewarming party for our Bay Area friends – note to self, next time don’t cook all the food during the party, this is a terrible idea. Also went to see the cast of the West Wing Weekly come do a live recording in SF with Aaron Sorkin. Guanqing went to China with her parents, which was disorienting for a week or so. Sort of weird to be on your own again after a year of that not being the case. 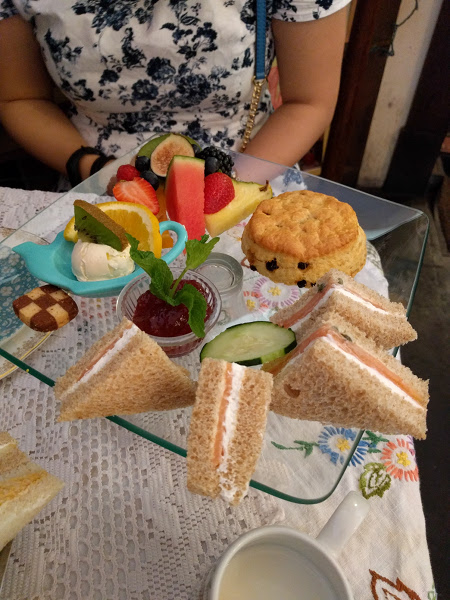 September 2017: Took the GRE general exam and did exactly as well as I did on practice exams (heck yes). Went to Lovejoy’s Cafe with Guanqing. I love that place. 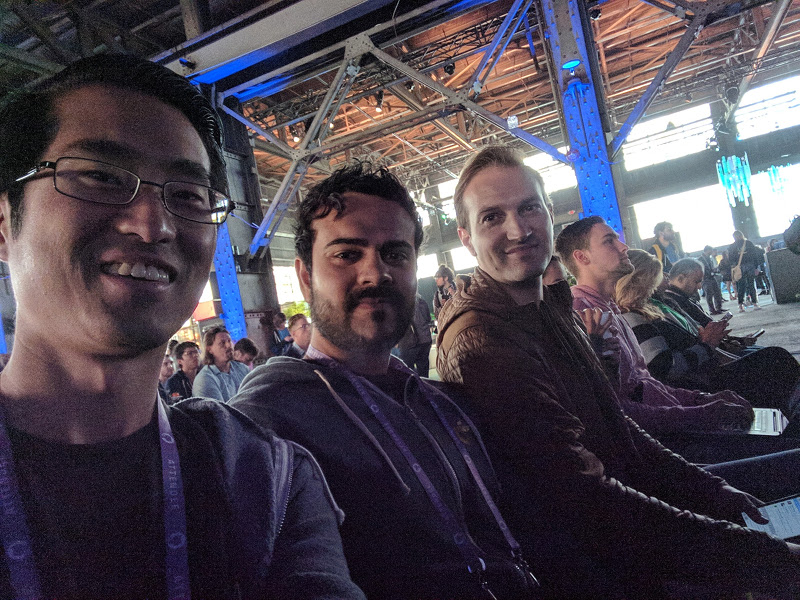 October 2017: Went to Github Universe, a tech conference, with two coworkers; later, went to GraphQL Summit with a few other coworkers. Also, Guanqing and I got engaged!!! Probably should have led with that. My mother came to visit us, and we went to take a look at wedding ceremony sites in Golden Gate Park’s Botanical Gardens. Went to see Atul Gawande in SF. Signed up for a South SF library card! Started on the wedding dress hunt. 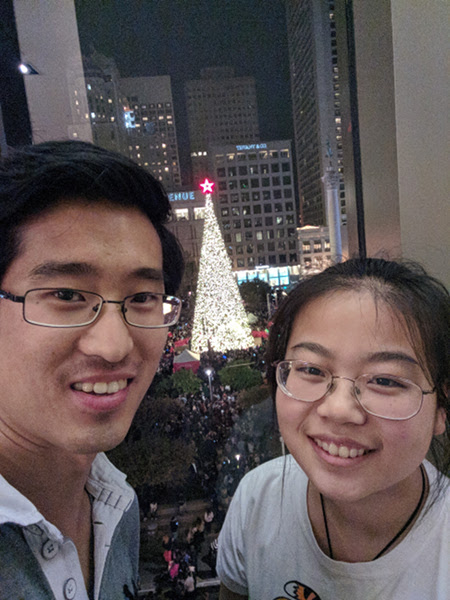 November 2017: Went to Lovejoy’s Cafe for my birthday! Ugh that place is so, so good. Went hiking in the Zwierlein Picnic area in the South Bay, and walked around the Japanese Friendship Garden down by San Jose. My mother and sister came down for Thanksgiving, so we went to see the Christmas tree lighting downtown. 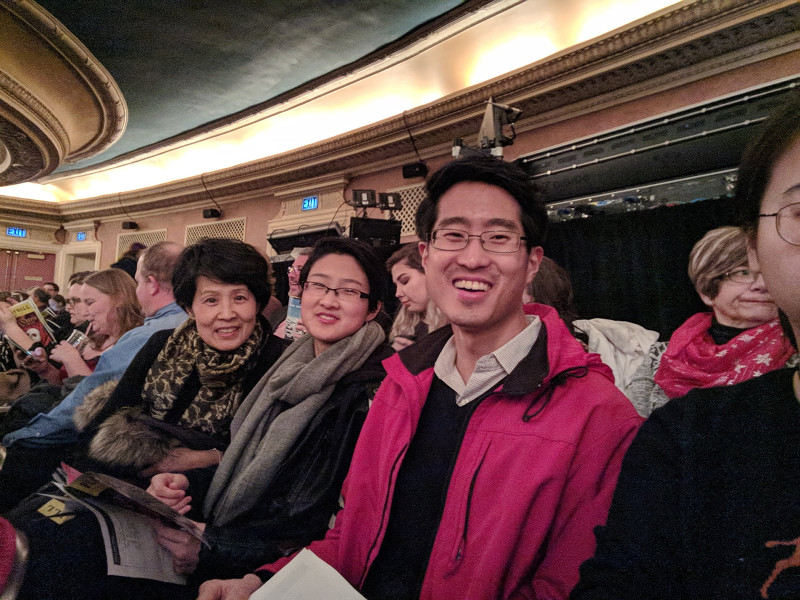 December 2017: Went to see Mike Duncan, author of the History of Rome podcast, speak at the Wharf in SF. Guanqing’s chamber orchestra performed Messyah at a few different places around the Bay. We tricked two of our friends into cat-sitting for us over the holiday break. Then we jetted off to New Hampshire to meet Guanqing’s parents, and to Minneapolis to talk with my mother and sister. Got everyone on the same page wrt the wedding, and explored Olin College, Guanqing’s alma mater. I really missed the snow. I missed it so much I shoveled a driveway for fun. Took my mother and sister out to see Phantom of the Opera at the Orpheum, which was stellar.